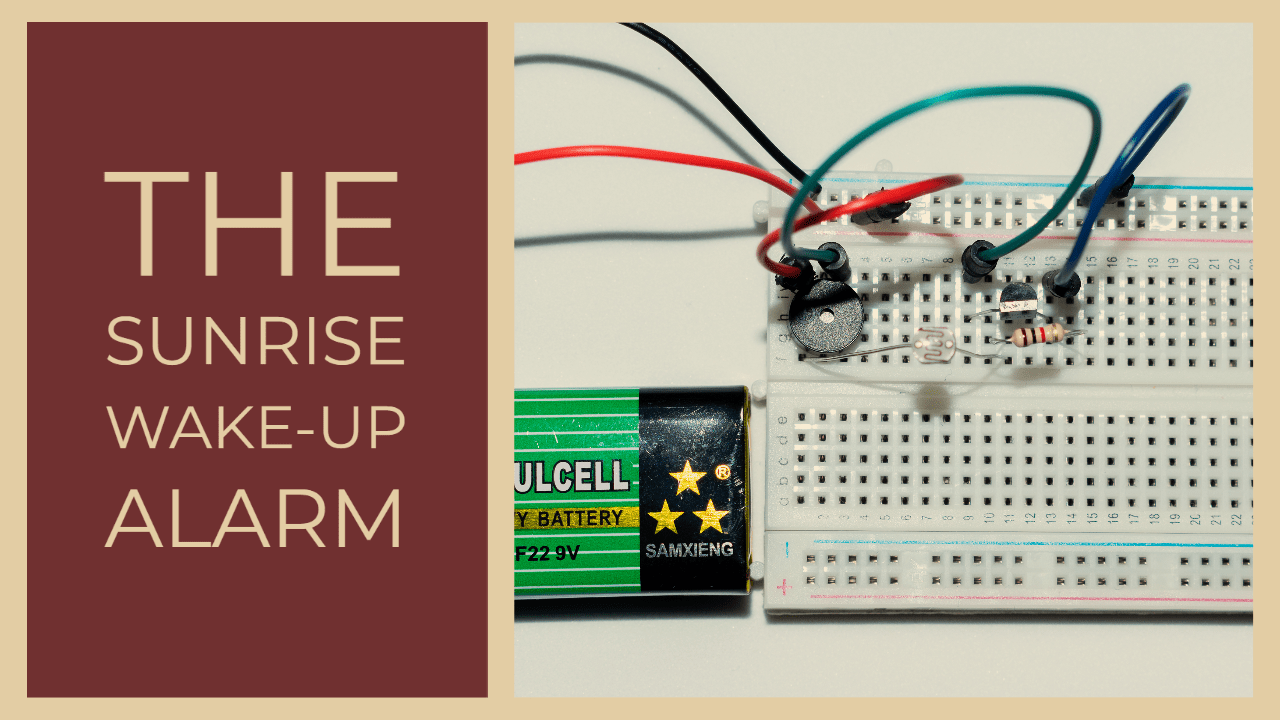 This circuit stays quiet when it’s in a reasonably dark place. But once you have a bright light shining directly onto the sensor, such as the sun, the circuit turns on the buzzer that creates an alarm sound that hopefully should wake you up.

When the transistor is on, the alarm goes off.